Utilizing Video Walls to Connect with Your Audience 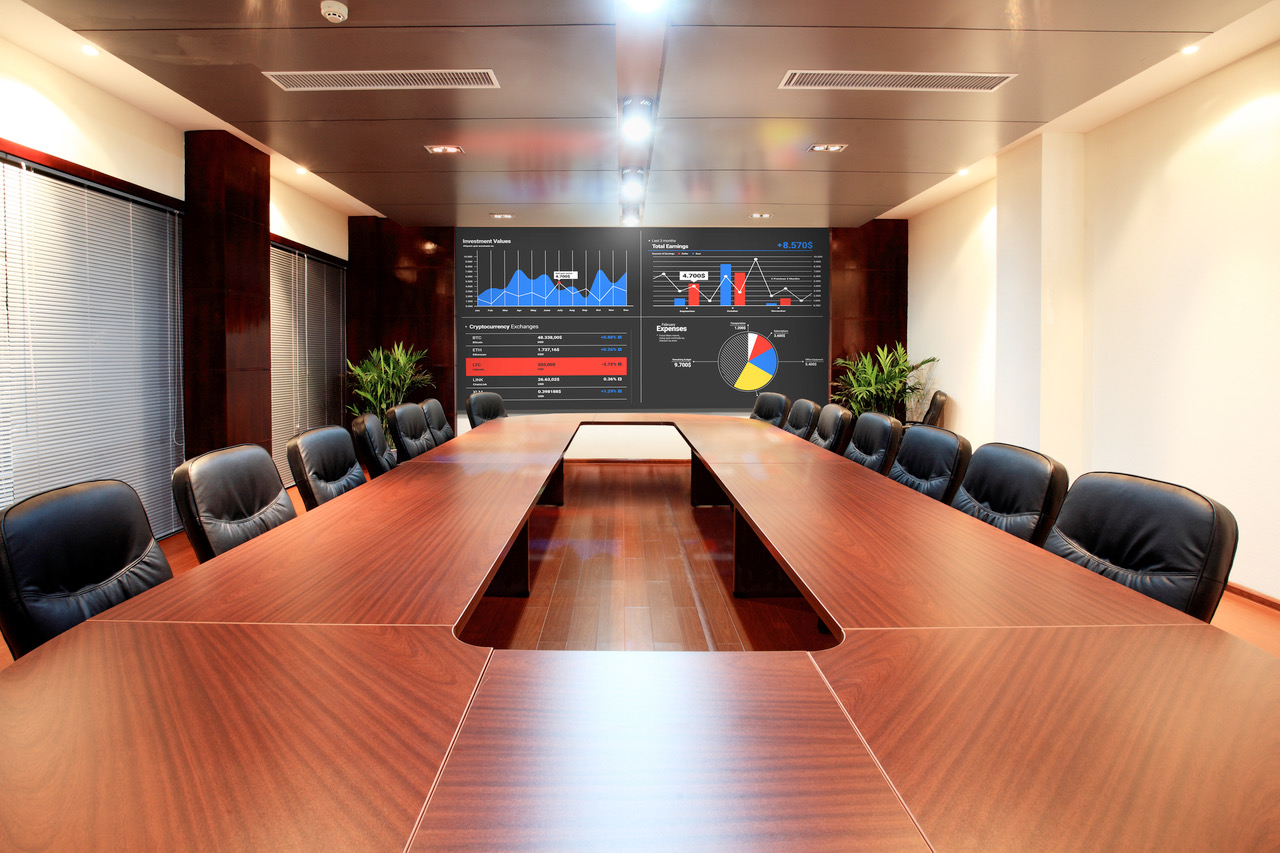 Video walls are an effective way to display information on a very large scale. Consisting of a number of displays grouped together (normally in a square or rectangular formation), they allow the presentation of advertisements, informative messaging, livestreams and more in all kinds of public and private spaces such as corporate offices, houses of worship, airports, schools and medical offices. They are terrific if you have a large space that you want to fill with content that promotes your brand, product or service.

In the past, projectors were the go-to for displaying content in a large space, but video walls made up of multiple display panels or arrays have become more popular in recent years. In many ways they are superior in terms of quality; for example, they remain brighter over time, whereas projectors tend to dim by up to 30% in the first year of use. Video walls also have more contrast, sharper images and an overall better image. They provide more in the way of flexibility to move around when needed as well. Even though video walls are a bit more expensive than projectors, they are considered worth the long-term investment.

While they are often used in large areas such as event venues and hotels, where displaying information over a greater distance is paramount, using video walls in an office space can elevate the customer experience, image, feel and even the office morale. Displaying important information for employees and guests, or even a portfolio of past work, is an effective way to inform people about goings-on in the organization and the office itself. Video walls display your brand image and message in a sleek and seamless way. The technology driving them is becoming more common and accessible over time and is starting to integrate with other smart technologies such as motion sensors, voice recognition and face detection.

There are two main types of video wall displays: LED and LCD. LED video walls are made of smaller LED displays, or cabinets, with thousands of tiny Light Emitting Diodes that create a seamless image across all the cabinets. Cabinets can be added to create video walls of nearly any size to fit your space and take up as much room as needed. Resolution is determined by LED pixel pitch, or the distance between adjacent LEDs. The smaller the pixel pitch the higher the resolution. To view the image fully, your audience needs to stand a certain distance away from the video wall so that the LEDs form a unified image.

Planar is one of the better-known video wall manufacturers in the AV industry. For almost 40 years, the company has produced a wide range of products, from small touchscreens to large video walls. Planar displays are used throughout the world in many and varied types of locations, such as airports,  retail, offices, control rooms and in homes. Planar produces both LED and LCD video walls, with LED pixel pitches as fine as 0.6mm and LCD tiled bezel widths as narrow as 0.88mm. And some of its LED walls even come with a touchscreen option. Planar has many different video wall sizes and resolutions to make your video wall the perfect fit for your space.

Video walls are an excellent way to integrate technology into your space and display content on a large scale. AV Planners can provide you with the tools and expertise you need to find a video wall display that fits your needs. Contact AV Planners to learn moreabout our services. Keep up with the latest news from AV Planners on Facebook, LinkedIn, Twitter and Instagram.