History with a Local AV Company: The Overhead Projector

Overhead projectors have been necessary for many educators and professionals for decades (actually, longer). AV Planners, your local AV company, dives into the surprising details of the humbled overhead projector below.

The idea of projecting images can be dated back to ancient times, from the ‘‘camera obscura’’ of Ancient Greece to the mirrors used in Ancient Egypt and the combination of the two for viewing and tracing subjects on paper during the Renaissance period. However, no projector is remembered as fondly, possibly due to its popularity in the classroom, like the overhead projector.

Let’s take a look back at a timeline of the overhead projector:

Credit for its creation can be given to Jules Duboscq, a French inventor responsible for the stereoscope, colorimeter and polarimeter. His thing was optical instruments, and his idea for what at the time was known as a ‘‘viewgraph’’ would lay the groundwork for the development of the overhead projector as we know it today. 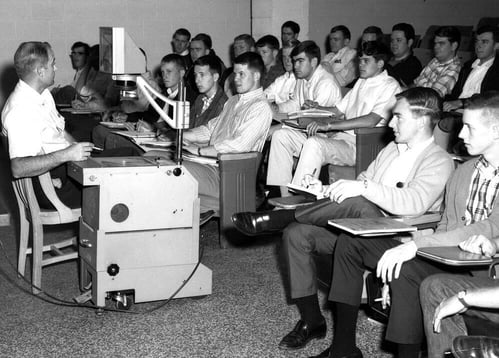 Overhead projectors were used by the U.S. Army to train groups of servicemen during World War II. 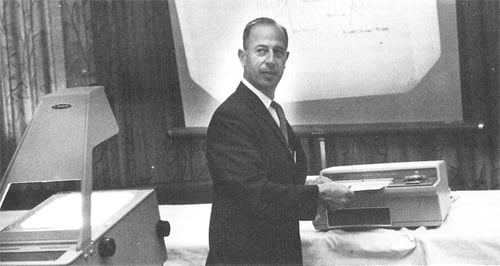 Roger Appledorm, a research scientist for one of the first significant manufacturers of overhead projectors 3M, is widely attributed to developing the thermo-fax copying process and later a machine that could copy into projection transparencies. 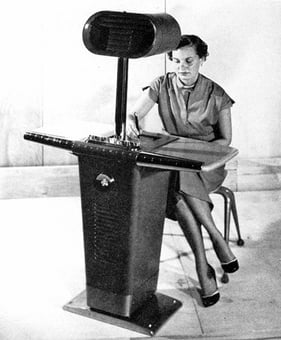 Before becoming a common classroom teaching tool, overhead projectors, such as the Tel-E-Score, were used in bowling alleys to project scores. Here it is in action:

Overhead projectors become a key teaching tool; teachers prefer this method to the traditional blackboard, as they can face the students while writing and presenting the information. 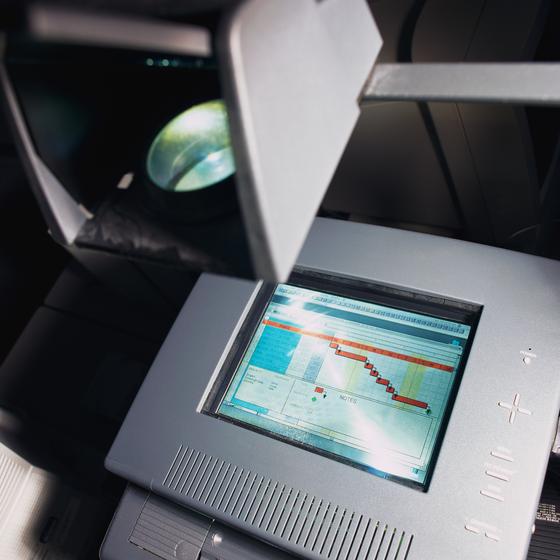 With overhead projectors becoming so popular in the classroom along with computers such as the Macintosh, soon liquid-crystal panels mounted in a plastic frame would be placed on top of the projector and connected to the video outputs of computers. 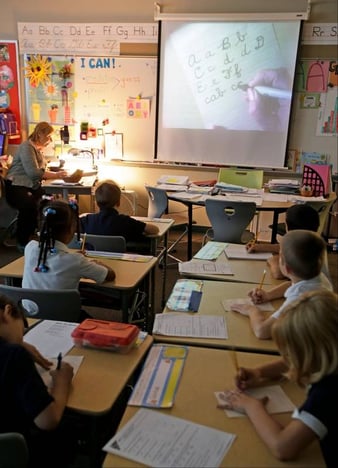 Overhead projectors reached their sales peak in the 1990s.

Soon after peaking, the inevitable downfall of the overhead projector as technology became more interactive and computerized.

Upgrade Your Classroom With Your Local AV Company, AV Planners

We can help you easily and efficiently upgrade your classroom. Speaking of classroom and learning, if you enjoyed this brief history lesson with your local AV company, AV Planners, check out our blog about computer monitors.

We can help you find and install modern technology to upgrade your classroom and enhance the learning experience. Contact us to learn more.